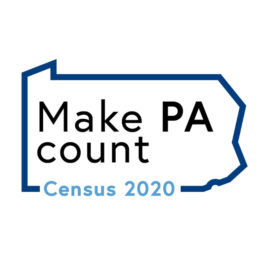 Do you know why the 2020 census matters?

Since 1790, as mandated in the Constitution, America has come together every 10 years to count each resident in the United States. Here’s why the census is important.

– It’s about fair representation. Every 10 years, the results of the census are used to reapportion the U.S. House of Representatives, determining how many seats each state gets.
– It’s about redistricting. State officials use census results to redraw the boundaries of their congressional and state legislative districts, according to population shifts.
– It’s about distributing more than $675 billion in federal funds annually to support states, counties’, and communities’ vital programs. Your community benefits the most when the census counts everyone!
– It’s a way to participate in our democracy and say, “I COUNT!” Your data is confidential. By law, it may not be shared with immigration or law enforcement agencies or used to determine government benefits.

The 2020 census asks nine questions about you and everyone who is living with you on April 1, 2020. In mid-March, you will receive a census invitation letter in the mail with detailed information on how to respond: online, by phone, or by mail. Starting in May, a census representative will visit your home, if you have not yet responded.

Counting a diverse and growing population is a huge undertaking. It requires years of planning and the support of thousands of people. Census jobs are available! Learn more at 2020census.gov/en/jobs.

The success of the census depends on everyone’s participation. We’re counting on you! #MontcoCounts