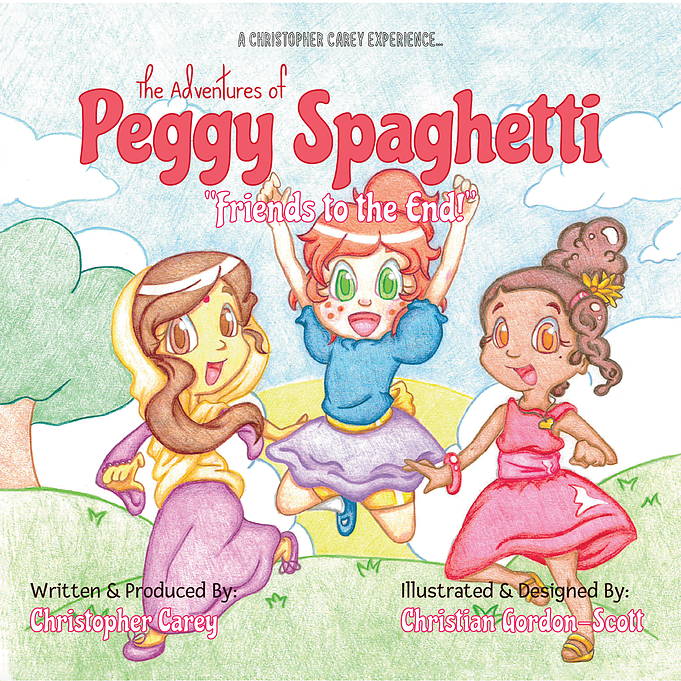 Friends to the End

We have some exciting news to share about our first alumnus-turned-children’s book author! Last year, we interviewed Carey Smith (aka Christopher Carey) after his book, “The Adventures of Peggy Spaghetti” was relaunched in 2018. A single father, Carey entered Inter-Faith’s emergency shelter in 2013 with his son and daughter, aged 5 and 4, after their mother fell victim to a spiraling drug addiction. During his stay at Inter-Faith, he wrote a story for his children about a day in the life of a single dad and his little girl, who loves spaghetti. After his kids heard the story, they wanted more, but with pictures included! It’s been seven years since, and Carey is still pushing forward with new book concepts today.

We’re thrilled to tell you that the sequel, “The Adventures of Peggy Spaghetti: Friends to the End” is now available! Considering our current racially charged social climate, the new book has an important message for children about friendship and the proper way to respect others who appear different from them. In addition, Carey continues sharing lessons on appropriate behaviors and tips for cleanliness that any parent will find valuable.

“The Adventures of Peggy Spaghetti: Friends to the End” can be purchased at peggyspaghetti.com. The hard copy book comes with a CD with the original Peggy Spaghetti theme song and book narration by Patrick T. Pasta! You can keep up with Carey on Instagram, Facebook, Pinterest, and LinkedIn @christophercareyllc.